In 2011 Western Field Ornithologists established the Harry S. Swarth Award in Western Field Ornithology, to honor a body of work that significantly advances field ornithology in the west. The award’s name commemorates Harry S. Swarth (1878–1935, pictured), a giant of field ornithology who worked in much of western North America during the late 19th and early 20th centuries and who contributed more than 200 publications to the literature. He was memorialized in The Auk and in The Condor.

Harry Swarth’s grandson, Chris Swarth (also pictured), has written a biographical sketch of his grandfather, which you can read here.

In March 2015 WFO’s Board of Directors selected Robert W. Dickerman as the award’s first recipient and looked forward to presenting the award in June, at its annual conference in Billings MT. Tragically, however, Bob suffered a stroke later in March and passed away on April 25, 2015, unaware of the honor WFO intended to bestow upon him. 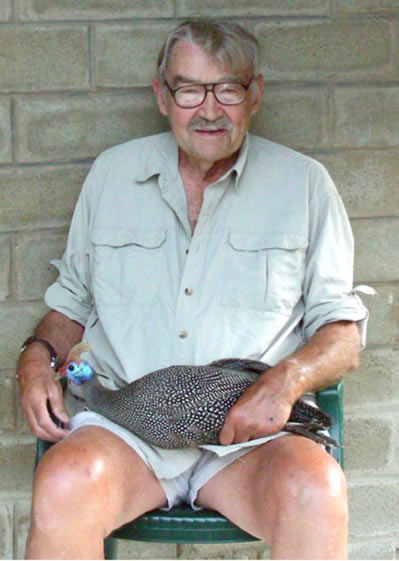 Before his death WFO honored Bob with a Festschrift issue of Western Birds. The Auk memorialized Bob’s life with a gracious obituary. 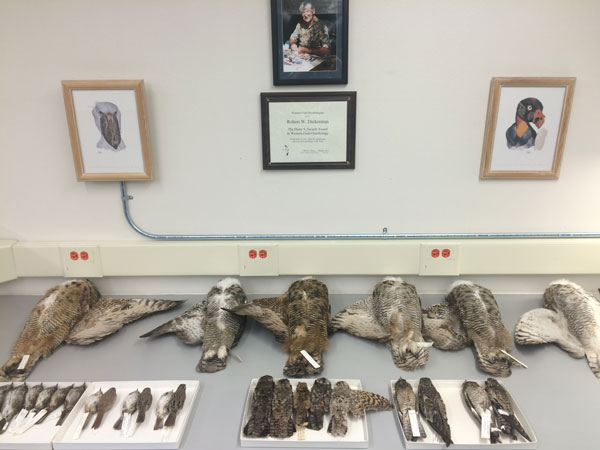 In September 2015 Bob’s friends, family, and colleagues gathered in the Bird Division of the Museum of Southwestern Biology at the University of New Mexico in Albuquerque to reminisce about Bob and to honor his memory. An array of specimens that Bob had prepared and studied was laid out on a table. On the wall, a photograph of Bob that was taken at a skin preparation workshop in May 2004 hangs above his Swarth award certificate.

Peter Pyle has published more than 160 peer-reviewed papers (including more than 30 in Western Birds) and is the author of the ‘bander’s bible,’ the two-volume Identification Guide to North American Birds. He is one of the world’s recognized experts on molt, and on the status and distribution of the birds of Hawaii. His work has greatly improved our understanding of the natural history of seabirds, and has led to the recognition of a new seabird species, Bryan’s Shearwater Puffinus bryani, named after his grandfather. 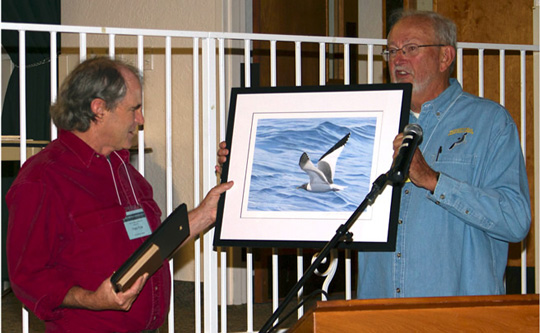 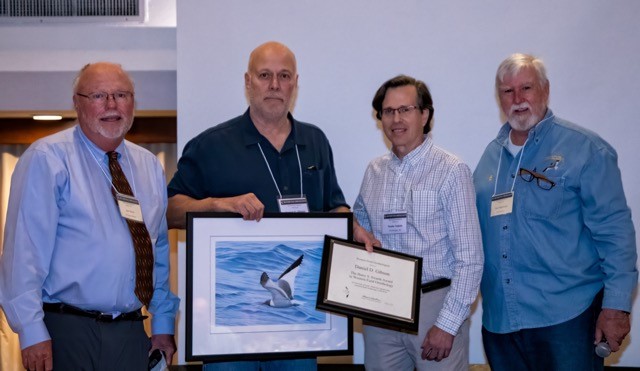 True field ornithology bears with it the demands of scholarship, for which Dan is an exemplar. His vitae of almost 60 publications is noteworthy for several reasons. Half of them concern the nomenclature, taxonomy, or status and distribution of single species, including two contributions on wagtails for the Birds of North America series (1996, 1998), and first records for North America or Alaska for Common Rose Finch, Intermediate Egret, Sooty Tern, Gray Bunting, Wood Warbler, and Red-breasted Flycatcher, among others.

Dan’s professionalism and leadership have been equally recognized through numerous awards and positions held, including his election in 2009 as a Fellow within the American Ornithologists’ Union, his long service as regional editor of North American Birds from 1967 to the early 1990s, his 19-year-long tenure on the ABA Checklist Committee, and, beginning in 1970, his care and feeding of the Alaska Checklist, which, since 2000 has increased from 353 to 521 species. And let us not forget his various roles serving Western Field Ornithologists, including as a Member of the Board of Directors (2001–2007 & 2011–2016), as Vice-President (2008–2010), and first as an Associate Editor and then since 2013 as Assistant Editor for Western Birds. 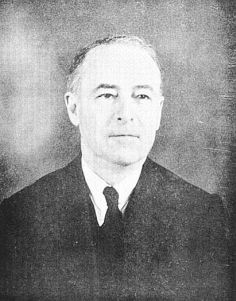 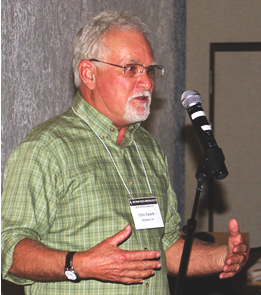