Books That Helped Me Navigate Another Covid Summer and Fall

I suspect it was a common phenomenon that reading books and journals occupied more of our time through the pandemic than in pre-COVID times. Maybe we didn’t do less birding, but certainly reduced commuting and travel, fewer social activities, and CNN burnout all added up to more time to grab a book at home and read.

Here I briefly mention four books that consumed me—as I consumed them—in the past few months. They’re not brand-new, and their scope and topics vary widely, but all left an impression and are heartily recommended to birders and ornithologists in western North America and elsewhere.

My original thought was to write a review of this captivating book for the newsletter, but in a conversation with Western Birds book review editor Cat Waters, we decided a review would be more appropriate for the journal. But I’d still like to whet readers’ appetites with a brief mention here. 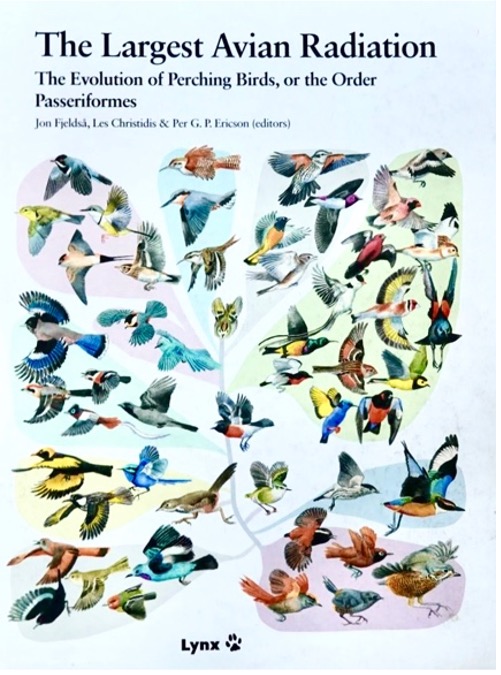 Sixty percent of all bird species are in the order Passeriformes. This edited volume summarizes our current knowledge of passerine phylogeny, much of it unraveled only in the past decade or so as genomic analyses and bioinformatics algorithms have become more sophisticated and thorough. The book is lavishly illustrated throughout by lead editor Jon Fjeldså. Two-thirds of its 445 pages are accounts of the major passerine lineages: the suboscines, the basal songbirds, and crow-like passerines, and the five superfamilies of the “higher” songbirds (Paroidea, Sylvioidea, Cethioidea, Muscicapoidea, and Passeroidea). Not all birders will find this taxonomic sausage-making relevant, but the text provides highly readable detail about the evolutionary relationships between and within these groups and provides answers to what any bird student must surely wonder: where did our birds “come from,” evolutionarily and biogeographically?

Consider that vireos, with several dozen species in the Americas, first diverged in the Oriental region (where we find the Pteruthius shrike-babblers and Erpornis, now considered part of the Vireonidae), colonizing the New World via the Beringian land bridge in the mid-Miocene. Their dalliance with wood-warblers in mid-20th-century field guides and checklists was entirely artificial, as they are more closely related to shrikes, crows, and Old World orioles (for example) than to any nine-primaried songbirds. Or take the concept of a “towhee.” Big, long-tailed, ground-scratching sparrows, for sure. But the “brown” towhees are allied with the Middle American ground-sparrows and now placed with them in the genus Melozone and are also closely related to the three sparrows that remain in the genus Aimophila. The brighter and more patterned towhees (e.g., Spotted and Green-tailed in the American West) form a different, though related, clade and retain the generic name Pipilo. A minor thing, it might seem, but try looking at the next California Towhee in a new light—it’s not the close cousin of the Spotted Towhee in the next shrub over, but something more like a far northern ground-sparrow and an outsized Rufous-crowned Sparrow.

The book is not without a few careless mistakes, and its perspective is slanted to its mainly Scandinavian writing team, but it is an enjoyable and masterful summary of what we know about passerine evolution and is highly recommended. 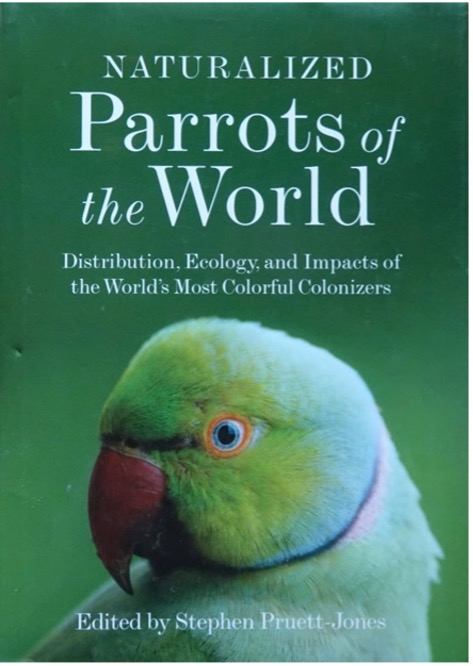 I have submitted a full review of this book to the Wilson Journal of Ornithology, but couldn’t resist mentioning it here since I spent quite a bit of time with it, but more importantly because it covers a topic keenly relevant to birders in urban regions of California (as well as south Texas, Florida, and other areas). Naturalized parrots make up a significant part  many urban avifaunas, and the global numbers are staggering—tens of millions of parrots involving 80 percent of all parrot species have been transported for the pet trade, and about one in five parrot species has established populations in at least one country where not native.

Naturalized parrots aren’t going away, even if some recent legal restrictions on trade might slow the rate of new establishments. If you’re curious why they’re here, what impacts they’re having, and why naturalized parrot scenarios play out over much of the globe, this volume will provide lots of answers even as it poses an equal number of questions.

Why mention this guide? It describes an avifauna far removed from western North America, and I have no immediate plans to go to Australia (though a brief trip there in 2000 certainly did whet my appetite for return visits to learn about this fascinating avifauna). I can enjoy Australia’s birds vicariously through this guide, but I mostly wanted to highlight it because it combines numerous features that make it one of the best-produced continental bird guides I have ever seen. 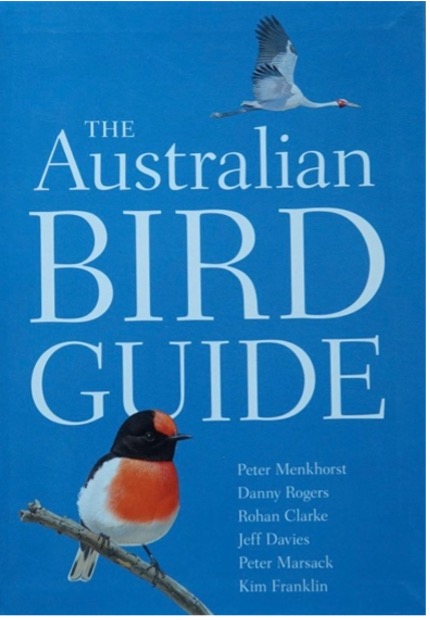 At 566 pages, 10-by-7-inch dimensions, and a hefty weight, this is not a pocket guide but certainly a worthy reference to be kept close at hand. Most plates and facing page accounts treat only three to five species, so a great deal of detail is included. The painted plates, by Davies, Marsack, and Franklin, are uniformly stunning and accurate. With limited familiarity with Australian birds, I judge the accuracy of the plates based on those depicting species I know from North America (mostly waterbirds, but a few landbirds as well), and these all capture structure, attitude, and plumage amazingly well.

I like how the maps show subspecies distribution through color-coding, with areas of intergradation shown through color blending. Another useful feature is the five-increment “likelihood of encounter” circle, ranging from empty (good luck finding those species) to full (species even I can’t miss, like Sulfur-crested Cockatoo or Willie Wagtail).

Thirty introductory pages cover topics as diverse as molts and plumage sequences, judging size, birding equipment, documenting records, and a six-page guide by Leo Joseph to the evolution and classification of Australian birds. This last section and a complete species list in an appendix that follows the current IOC sequence are especially helpful since the guide opts not to follow a strict phylogenetic sequence but instead groups birds by broad biome (marine birds, freshwater birds, terrestrial birds) and structure and habits (e.g., hawks, falcons, and owls are grouped sequentially).

In short, this beautifully produced and densely informative guide more than does justice to one of the planet’s most fascinating avifaunas. 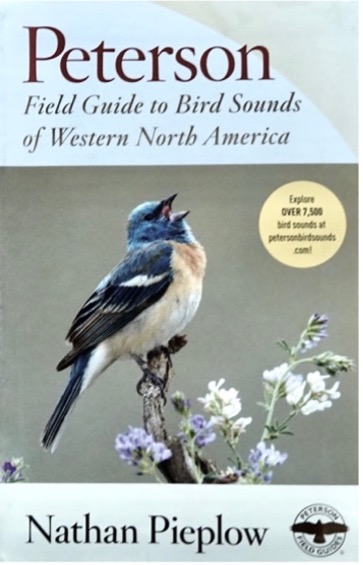 Nathan is well known to WFO members for his highly entertaining and deeply instructive bird sound workshops at WFO meetings. His presentation at the virtual 2021 WFO Conference on a shared vocabulary for describing bird sounds was so impressive that it prompted me to spend much more time looking through this guide than I had in the couple of years since I obtained a copy. Every time I consult it, I am in awe of the sheer amount of field work (and computer time) that went into its production and the encyclopedic nature of the information presented—both on the details and distinctions of the sounds produced by each species and on the context of these sounds.

These days we are fortunate to have readily available comprehensive collections of bird sound recordings (particularly Xeno-canto and the Macaulay Library at the Cornell Lab of Ornithology), but as one utilizes those important resources, I’d suggest having a copy of this guide handy for the details of each species’ repertoire. My only complaint, stemming I presume from a publisher’s decision, is that what could have been a comprehensive North American guide is rather artificially split into two volumes (this and a companion eastern guide), making comparisons among many species more difficult as their accounts are in different books. But this minor quibble aside, this is a book all birders and field ornithologists in western North America must have.