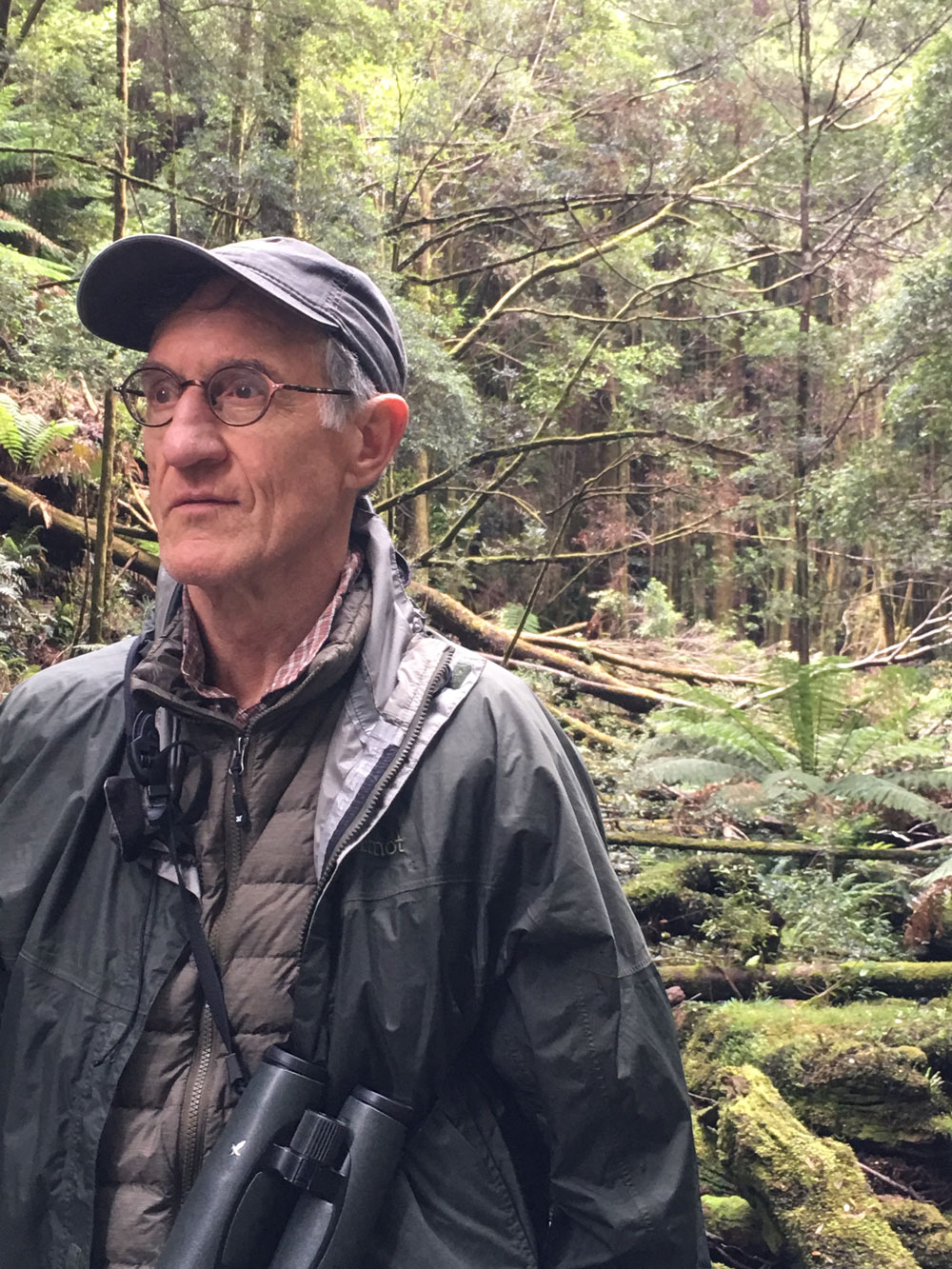 Late last fall Ron Mallory came to WFO and offered a large matching grant to support our Publications Fund. This support is most welcome as we anticipate publishing Birds of Inyo County, by Tom and Jo Heindel, late this year. Another project is under serious consideration. Our match offer ends on May 15 of this year. Thus far, we have raised over $12,000. We thank everyone (close to 100) who have contributed to date.

Ron, a Patron of WFO, has been interested in birds all his life. He developed his love of nature, including birds, from the influence of his mother, Mary, and his father, Bob, with whom he went hunting and fishing. He grew up in Weed, California, in Siskiyou County, at the base of majestic Mt. Shasta. Mostly he birded on his own, even as an adult when he would buy a bird guide for places and countries he traveled to.

Ron completed an undergraduate degree in psychology and philosophy at San Jose State University. He obtained an MBA at Golden Gate University with an emphasis in taxation and worked initially as a CPA for Touche Ross, then in a small practice and finally on his own, where he did mostly income tax work, particularly with real estate transactions and other investments. Ron told me that his mother at age 98 is still involved in managing her own investments, yielding a higher rate of return than some investment firms!

Ron’s first serious exposure to birds was in an ornithology biology course from August 2011 through the spring of 2012 taught by Joe Mueller at College of Marin. Shortly thereafter he was introduced by Len Blumin to the legendary and greatly missed Richard Stallcup and joined Rich’s “Natives” group. A fellow member, Don Reinberg, told Ron about Western Field Ornithologists, and Ron soon joined and, after a few years, became a Life member. He also started doing Christmas Bird Counts and fondly remembers first meeting Rich at the “Cheep Thrills” count in central Marin County. In addition to nearly daily hiking while birding, Ron does about four annual Christmas counts in Marin and Sonoma counties.

Ron enjoys the WFO conferences, both the field trips and the scientific presentations. He told me that he appreciates the high-level but friendly and engaging manner in which beginning birders are treated. Ron has taken WFO field trips: to Cuba in November 2015 with Kimball Garrett and to Colombia in 2019 with Philip Unitt (editor of Western Birds). Ron also reminded me of another and much shorter field trip to the Salton Sea after the last San Diego conference, in October 2014. Three of our founders (Guy McCaskie, Pierre Devillers, and Jean Terschuren) were on the trip. Pierre and Jean had traveled from their home of Brussels, Belgium, to attend the conference. I hadn’t seen them since I was 16 and they lived in San Diego. Ron said he has enjoyed all the issues of Western Birds. He is greatly concerned about climate change and views WFO, with its peer-reviewed publications, as one of those organizations that in part monitors global changes, kind of like the canary in the coal mine.

Ron is an advisor for Audubon Canyon Ranch (ACR), where he serves on the investment and finance committees. He does shorebird and waterbird surveys as well as heron, egret, and Osprey nest monitoring for ACR and other organizations. He also serves on the board of the Tomales Bay Watershed Foundation. He recently started helping with Elephant Seal and Harbor Seal surveys in the Point Reyes National Seashore near where he and his wife, Amanda, a retired educational consultant, live in Point Reyes Station.

We thank Ron for his interest in and great generosity to WFO.