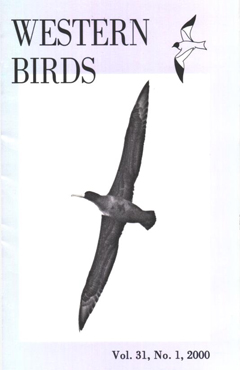 A Commentary on Molt and Plumage Terminology

ABSTRACT: The Humphrey-Parkes system of molt nomenclature takes as the starting point of cyclic plumage succession the highly variable molt that replaces juvenal plumage, entailing inconsistency. If all "postjuvenal" molts are called prebasic, homology between so-called first basic and second basic plumages of birds the same age is lost. We suggest that the juvenal plumage be considered synonymous with first basic plumage, and we define the first basic plumage cycle as the period between the acquisition of juvenal (= first basic) plumage and the acquisition of the second basic plumage. Consequently, the traditional first basic plumage of birds with a single molt and plumage per cycle (e.g., Procellariiformes) should be renamed the second basic plumage; that of species with more complex molt strategies should be considered as a variable, inserted plumage not homologous with a basic plumage. In this way, consistent nomenclature for all prebasic molts and basic plumages of all species can be achieved, regardless of whether additional plumages have been inserted into the basic cycle. We define four strategies that incorporate most if not all known molt strategies and show how these build on the primitive basic strategy, taking juvenal (= first basic) plumage as a homologous starting point.