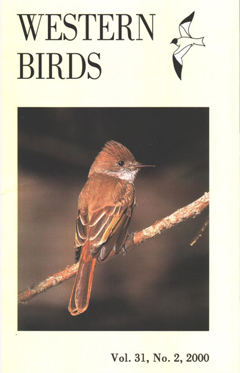 ABSTRACT: We documented the occurrence of eight rare passerines in central Alaska. Our observations of the Yellow-bellied Flycatcher, Red-breasted Nuthatch, Arctic Warbler, Golden-crowned Kinglet, Tennessee Warbler, Palm Warbler, Mourning Warbler, and Clay-colored Sparrow, provided new distributional information on the occurrence of these species in central Alaska. Mist netting was essential to documenting the geographic distribution of these species because mist-net captures represented the only occurrence of several species. Additionally, many of these records could not have been identified to subspecies without collecting individuals as voucher specimens that could be verified by other scientists.