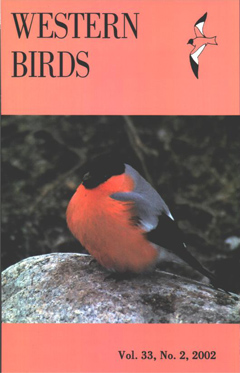 ABSTRACT: The Alaska
breeding population of the Steller's Eider (Polysticta stelleri)
occurs as two subpopulations, one on the Arctic coastal plain of
northern Alaska, primarily near Barrow, and the other on the
Yukon-Kuskokwim Delta of western Alaska. In 1997, the Alaska breeding
population was listed under the Endangered Species Act as threatened
because the nesting range and population were thought to have
decreased substantially. The historical (pre-1970) and recent
(1970-present) breeding distribution and abundance of Steller's
Eiders, however, are not well known. We compiled and evaluated the
historical and recent records of breeding-season distribution,
confirmed nesting for northern and western Alaska, and found that the
overall sizes of the breeding ranges have not changed substantially;
however, the frequency of breeding has decreased in both regions,
except near Barrow. Causes of this reduction in breeding frequency of
Steller's Eiders in Alaska are unknown, but changes in predator
populations, lead poisoning, and interspecific nesting associations
with Snowy Owls (Nyctea scandiaca) and Pomarine Jaegers (Stercorarius
pomarinus) may be contributing factors.