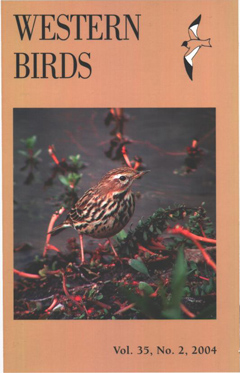 First Record of the Little Stint for Mexico

ABSTRACT: A juvenile Little Stint (Calidris minuta) occurred at Estero Punta Banda, Baja California, Mexico, from 22 to 30 October 2002. The Little Stint breeds in the northern Palearctic and winters primarily in Africa and India. Since 1975 it has been found with increasing regularity as a vagrant in the New World, primarily in Alaska. The observation we report is the first record for Mexico and the first photographically documented record for Middle America.

Download—First Record of the Little Stint for Mexico