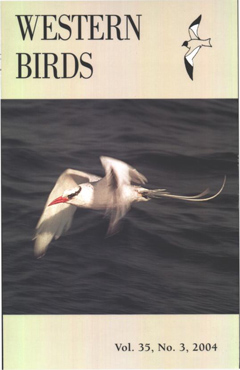 ABSTRACT: The Glossy Ibis (Plegadis falcinellus) first arrived in the New World in the early 1800s. During the twentieth century, this species expanded its breeding range rapidly, extending as far west as Louisiana. Vagrants have occurred throughout the Great Plains and even to California. Colorado’s 35 documented Glossy Ibis through 2002 are more than in any neighboring state by at least 40%. These records represent primarily single birds during spring migration; however, recent records include some of multiple birds, as well as one in fall. Timing of these records, the birds’ association with flocks of the White-faced Ibis (P. chihi), and lack of nesting sites in Colorado suggest that the Glossy Ibis is continuing its migration outside of Colorado. The increased number of records, increased number of birds per record, and recent reports of potential hybrids in Oklahoma and Colorado also suggest that the Glossy Ibis may be expanding its breeding range west into the Great Plains.