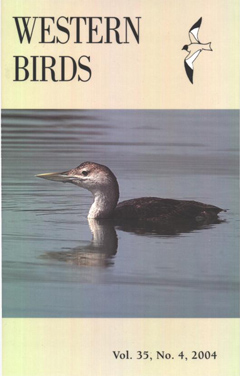 ABSTRACT: We report observations of land- and waterbirds from a 2-month visit to Isla Guadalupe, Mexico, during winter 2003. Our report includes first island records of the Spotted Sandpiper (Actitis macularius) and Palm Warbler (Dendroica palmarum). We found no evidence of the persistence of any endemic taxon thought to be extinct, despite intensive and extensive searching of parts of the island typically visited infrequently. Three taxa of endemic landbirds remain on Isla Guadalupe, but each is imperiled by the continued presence of introduced cats. We update the status of species that other expeditions reported to have colonized the island recently.