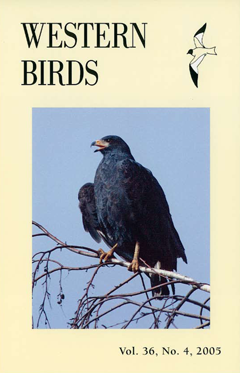 ABSTRACT: The Least Flycatcher (Empidonax minimus) has expanded its range west over the past 50 years at least. It has occurred annually in Washington since the 1970s, and its subsequent numbers there have increased steadily. Records extend from late April to late September, with spring migration likely peaking during late May and early June and fall migration peaking during early September. Many birds appear to be seeking territories and/or mates, but as of 2004 there were only two records of nesting. No obvious habitat changes coincided with this species’ arrival in Washington, and appropriate habitat seems to have long been present. The explanation for the Least Flycatcher’s range expansion may be related to population increases in its core range and/or microhabitat changes not yet described. The Least Flycatcher’s expansion parallels that of several other woodland birds also currently expanding west from eastern North America.