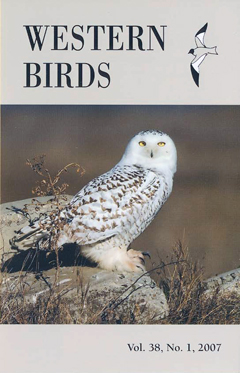 Evidence of Double-Clutching by Brandt’s Cormorants on Alcatraz Island, California

ABSTRACT: Double clutches of eggs in the same season are rare among seabirds and, to our knowledge, never recorded heretofore in Brandt’s Cormorant (Phalacrocorax penicillatus). We report here seven cases of second clutches for this species observed at a colony recently established on Alcatraz Island in San Francisco Bay, California. Chicks hatched from two of the seven second clutches, but no chicks survived to fledge. Over eight years of observation (1997–2004), second clutches were laid from 2000 to 2003 only.

Download—Evidence of Double-Clutching by Brandt’s Cormorants on Alcatraz Island, California