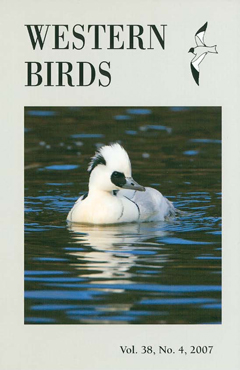 ABSTRACT: An apparent hybrid between the Brewer’s and Black-chinned Sparrows, found in the Cuyamaca Mountains, southern California, in 2007, was closest in plumage to Brewer’s Sparrow but outside that species’ range of variation. It sang intermediate songs. The bird, and two other possible hybrids, occurred in areas extensively burned in 2002 and 2003. In these areas the numbers of the Black-chinned Sparrow increased spectacularly following the fires and Brewer’s Sparrow occurred in the breeding season sporadically, outside its historic breeding range.