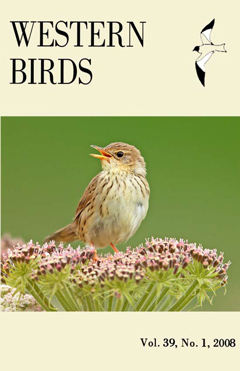 ABSTRACT: Knowledge of the breeding behavior and habitat selection of ­arctic–
alpine shorebirds is limited because of these species’ remote habitats, low population densities, and cryptic behavior. We report nests and other observations of definitive breeding of the Surfbird (Aphriza virgata), Wandering Tattler (Tringa incana), American Golden-Plover (Pluvialis dominica), and Upland Sandpiper (Bartramia longicauda) in the Ruby Range of the southwest Yukon between 2002 and 2007. In most years, there were at least two breeding pairs of the Surfbird, one of the Wandering Tattler, three of the American Golden-Plover, and one of the Upland Sandpiper at our alpine study site covering 9 km2. These are the first confirmed breeding records of the Surfbird in the southern Yukon, and they mark the second and third Surfbird and third and fourth Wandering Tattler nests documented in Canada. Despite the lack of previous records for all species, particularly the Surfbird, their consistent recurrence at the site suggests they breed regularly in the region.