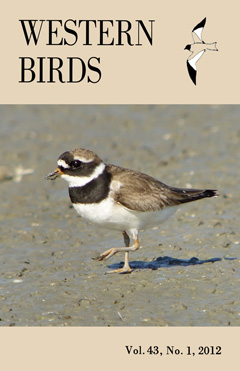 One Year of Migration Data for a Western Yellow-billed Cuckoo

ABSTRACT: In 2009, we studied the migration of the Western Yellow-billed Cuckoo by capturing 13 breeding birds on the middle Rio Grande, New Mexico, and attaching a 1.5-g Mk 14-S British Antarctic Survey geolocator to each bird. In 2010, we recaptured one of the cuckoos, enabling us to download its geolocation data. The cuckoo had flown approximately 9500 km during its southward migration, traveling through Central America to winter in portions of Bolivia, Brazil, Paraguay, and Argentina. The spring migration route differed somewhat from the fall route, with the cuckoo bypassing Central America to migrate through the Caribbean. Additionally, it moved between New Mexico and Mexico at the end of summer in 2009 and again in 2010 before being recaptured at its breeding site. Our results, albeit from one individual, hint at a dynamic migration strategy and have broad implications for the ecology and conservation of the Western Yellow-billed Cuckoo, a species of conservation concern.