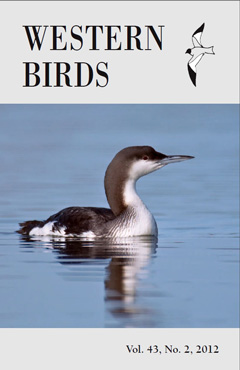 ABSTRACT: We sought to determine how disturbance may influence the behavior of California Brown Pelicans (Pelecanus occidentalis californicus) at a major post-breeding roost. In addition to assessing the effects of natural and anthropogenic disturbance on Brown Pelican behavior, we investigated the effects of other potential explanatory variables, including year, date, time of day, weather, tide stage, and density of pelicans on time-activity budgets of pelicans roosting on East Sand Island in the Columbia River estuary from June to August, 2001 and 2002. We found that during the day, pelicans spent the great majority of time either resting (44%) or preening (41%). Time of day, density of pelicans, wind speed, precipitation, and disturbance accounted for 34% of the variation in resting behavior among pelicans; year, date, time of day, number of pelicans, and disturbance accounted for 27% of the variation in vigilant behavior. All three categories of disturbance (natural, research-related human, other human) were associated with significant increases in the proportion of vigilant behavior and reductions in the proportion of resting behavior. It took longer for pelicans to recover to baseline behavior following a research-related disturbance than after other types of disturbance. This is likely because research-related disturbances involved human activity on the island (i.e., land-based), whereas most other human disturbances were water- or air-based. The potential exists for human disturbance to significantly alter pelican behavior at roost sites. Therefore, restriction of human access to the pelican’s major roost sites and regulation of human activities at roosts should be considered to ensure that available sites support the continued recovery of this subspecies.