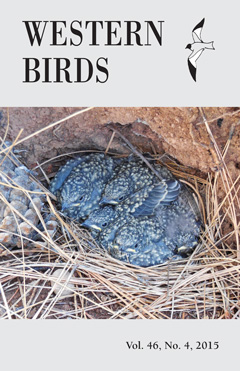 Indications That the Common Redpoll is Double Brooded in Alaska

ABSTRACT: Successfully rearing two broods in one season (double brooding) is rare at high latitudes, and few well-documented cases exist in the Arctic. There are numerous suggestions in the literature that the Common Redpoll (Acanthis flammea) is occasionally a double-brooded species. We examined banding data sets from interior Alaska, specimens in the University of Alaska Museum bird collection, and Alaska nest-record cards to understand the timing of reproduction in Alaska boreal forest and tundra. In interior Alaska Common Redpolls exhibit characteristics of breeding for over four months, plenty of time to successfully raise two broods. Furthermore, tundra breeding takes place after most boreal forest breeding, making it possible that individuals could rear two broods in different regions, as has been suggested in northern Europe. Finally, pronounced annual variation in production of young in Fairbanks was not correlated with production of tree seeds in the previous summer.

Download—Indications That the Common Redpoll is Double Brooded in Alaska