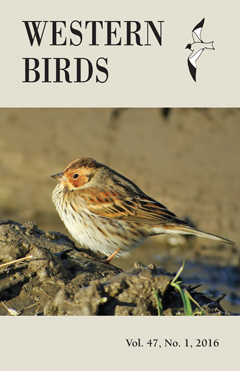 ABSTRACT: Songs of four populations of Townsend’s Warbler (Setophaga townsendi) studied in Oregon and Washington were of two types. Each population had one song-type with one song that was used early in the breeding season (type I) and a different song-type with one song delivered pre-dawn after pairing, during territorial contests, and often with chip-like call notes (type II). Both types were sung after dawn. Type I songs differed markedly from population to population. The boundaries between songs of adjacent populations were sharp, indicating a system of dialects, unlike many wood-warblers. In contrast, type II songs of all populations were recognizably similar.