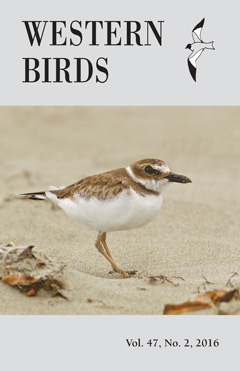 Breeding of the Short-eared Owl in New Mexico

ABSTRACT: We report four instances of breeding by the Short-eared Owl (Asio flammeus) in three areas of New Mexico in 2014, the first confirmed breeding for the state and southernmost known for interior North America. A nest and two pre-fledged juveniles plus a family group were at two sites in Otero County, a pair with one pre-fledged juvenile was found in Luna County, and a family group was observed in Roosevelt County. Each area had received substantial precipitation in September 2013, resulting in increased vegetative cover and growth of annual plants, presumably increasing small mammal prey for owls. Regurgitated pellets collected from the Otero County sites revealed that the Short-eared Owls preyed mainly on heteromyid rodents. Breeding should be considered possible for birds detected in March and later in areas south of the normal range when conditions are favorable.

Download—Breeding of the Short-eared Owl in New Mexico