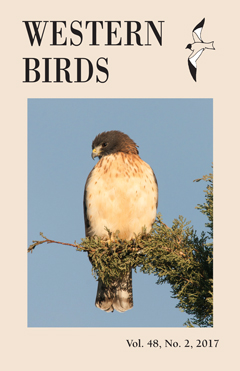 Status of the California Gnatcatcher at the Northern Edge of Its Range
Daniel S. Cooper, Jennifer Mongolo, and Chris Dellith

Front cover photo by © William Higgins of Springfield, Virginia: Apparently erythristic Short-tailed Hawk (Buteo brachyurus) at Tucson, Arizona, 20 December 2010, returning for a second winter. Since about 2006, the Short-tailed Hawk has become regular in southeastern Arizona, occurring mainly in the mountains, with 24 records endorsed by the Arizona Bird Committee through 2014.