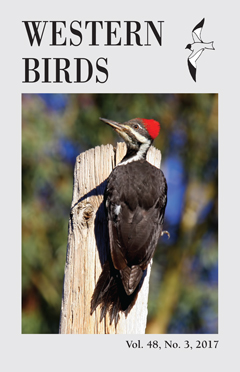 ABSTRACT: Migration studies at Middleton Island, Gulf of Alaska, over four decades (1974–2016) documented the regular autumn occurrences of over 100 species of birds (35+ passerines and 65+ nonpasserines), most of them apparently departing across the Gulf of Alaska for the Pacific coast to the east and south. With a focus on fall migration, we discuss here 261 species and 16 additional subspecies recorded at Middleton. We present much new information on the status of bird species and subspecies in the Gulf of Alaska and highlight the regular and predictable use of a route of migration across the Gulf of Alaska by large numbers of passerines, including species associated with the Central Flyway.