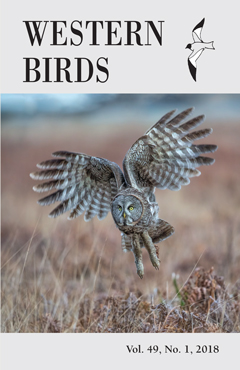 ABSTRACT: Genetic studies of subspecies endemic to Haida Gwaii (Queen Charlotte Islands) in British Columbia and the Alexander Archipelago of southeast Alaska have frequently found patterns of genetic differentiation corresponding to these phenotypically based taxa. Divergence and speciation are common among island populations of birds, and evidence suggests this region has fostered such divergence during previous glacial maxima. We examined divergence in the mitochondrial gene for NADH dehydrogenase subunit 2 (ND2, a marker used in other studies of regional endemism) in two additional coastal subspecies endemic to this region, of the Sharp-shinned Hawk (Accipiter striatus perobscurus) and Great Blue Heron (Ardea herodias fannini). In both the hawk and heron genetic diversity in ND2 was remarkably low in contrast to that in mitochondrial genes in other species with regional endemics. In both Accipiter striatus perobscurus and Ardea herodias fannini we found only the haplotype most common in continental populations. We found low but significant divergence in frequencies of haplotypes of ND2 between A. s. perobscurus and continental populations of the Sharp-shinned Hawk and no significant population divergence in the Great Blue Heron. In contrast with other regional endemics that do show signals of having persisted through at least one past Ice Age in an unglaciated refugium, these subspecies may have arisen relatively recently, with their adaptation to the local environment leading to darker coloration paralleling that of the region’s older endemics. Alternatively, species-wide selective sweeps of mitochondrial DNA prior to divergence of these taxa may have rendered this genetic marker less useful for tracking divergence arising in a refugium.