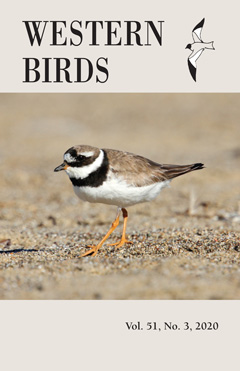 Distribution and Abundance of Colonial Herons and Egrets in California, 2009–2012

ABSTRACT: As part of an 11-state inventory in the western United States organized by the U.S. Fish and Wildlife Service, we coordinated censuses of 15 species of breeding colonial waterbirds throughout California from 2009 to 2012. Here we describe the status of the five widespread species of colonial ardeids in California during that period, combining the results of surveys from the air, boats, and ground. Statewide, we estimate 5517 pairs of the Great Blue Heron (Ardea herodias) nesting at 399 sites, 7973 pairs of the Great Egret (Ardea alba) at 182 sites, 1888 pairs of the Snowy Egret (Egretta thula) at 79 sites, 2678 pairs of the Cattle Egret (Bubulcus ibis) at 20 sites, and 2443 pairs of the Black-crowned Night-Heron (Nycticorax nycticorax) at 104 sites. For four of these species, the numbers of colonies and breeding pairs were highest near the coast and in the Central Valley, much lower in the Great Basin, Cascade Ranges, Sierra Nevada, and southern deserts. By contrast, about two-thirds of the statewide total of nesting pairs of the Cattle Egret was in the Imperial Valley. The Central Valley was particularly important to the two most numerous species, holding about three-quarters and one half of the state’s nesting pairs of the Great Egret and Great Blue Heron, respectively. The survey period coincided with drought, which greatly reduced potential foraging habitat in many regions and may have restricted herons’ distribution and depressed their abundance. In the lack of broad-scale surveys during a wet climatic period, no quantification of the effect of drought on herons is possible, though such data are available for other colonial waterbird species. Although the populations of the five herons appear to be stable or increasing, considerable uncertainty in the magnitude and direction of trends remains because of substantial year-to-year variation in numbers of nests and a lack of a robust broad-scale monitoring program suited to these species. Plans for long-term monitoring of ardeids and other colonial waterbirds must account for the large fluctuations in their distribution and abundance over short-term cycles of drought and flood, and factor in the expectation of greater environmental fluctuations with continuing climate change.