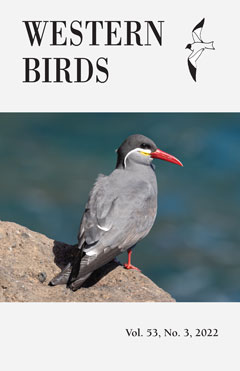 ABSTRACT: Many predators can adapt to human-altered habitats, but varying responses to human activity mean that the findings of studies of a species in one region may not apply even to related species at other locations. The Eastern Screech-Owl (Megascops asio) has been extensively studied in suburban environments, but comparatively little research has investigated to what extent the closely related Western Screech-Owl (M. kennicottii) persists in developed areas. I studied Western Screech-Owl occupancy in the town of Alpine in the foothills of San Diego County, California, finding the species at the majority of sites sampled, more likely in larger wooded patches and in those adjacent to undeveloped chaparral. The distance to and size of nearby wooded patches did not statistically influence occupancy. This study confirmed that the Western Screech-Owl can persist in suburban residential areas as does its eastern relative. Ensuring that patches of woodland remain larger than the minimum modeled threshold for the Western Screech-Owl’s occupancy, 4.2 ha, will be important for its persistence in the suburban sprawl of Alpine.