The Birds of the Hawaiian Islands 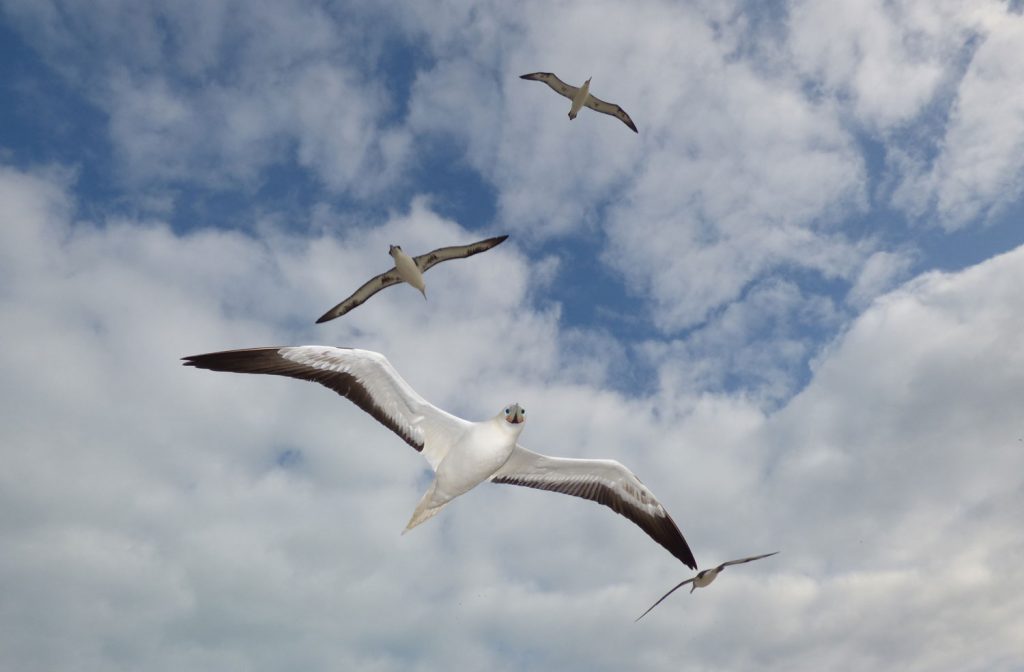 Western Field Ornithologists proudly presents the second version of The Birds of the Hawaiian Islands: Occurrence, History, Distribution, and Status. Version 2 • 1 January 2017 by Robert and Peter Pyle. This monograph, which is sponsored by the prestigious B. P. Bishop Museum in Honolulu, provides all you need to know about the birds of Hawaii, and is available for free online. Peter Pyle is a long-standing member of WFO and is serving on both the California and Hawaii bird records committees.

Birds of the Hawaiian Islands covers all birds in Hawaii, including Midway Atoll (not officially part of the state) and surrounding pelagic waters out to 325 kilometers (200 nautical miles). All records through 2016 are treated in a primary checklist, which lists 338 species that have been documented and accepted by the Hawaii Bird Records Committee. All endemic landbirds, indigenous breeding seabirds, established non-native species, regular migratory and wintering species, and vagrants are included. Full species accounts (pdfs) are available for each of these 338 species, as well as 50 species on a Hypothetical List, those with erroneous reports in the literature, potential vagrants of questionable origin, introduced species of questionable population establishment, and species for which available documentation does not establish the identification.

The monograph includes Introduction, Abbreviations, Acknowledgements, and Resources pages, as well as a full Literature Cited (linked as a pdf) including 1,527 citations to the scientific literature. It includes updated checklists of confirmed species for the Northwestern Hawaiian Islands (NWHI: 194 species) and the Southeastern (Main) Hawaiian Islands (SEHI: 292 species) as well as separate lists for each of the 9 NWHI and 8 SEHI island groups. A total of 3,235 documentary photographs of birds in Hawaii are posted, primarily of migrants and rare vagrants, but also including notable records of breeding residents species such as some of those taxa now presumed extinct. Expandable thumbnails are provided on pages for each species for which photographs exist. Short accounts are also provided for 167 non-native species recorded in Hawaii as escapes or incipient populations, that have not become fully established to date.

Updated breeding population estimates (as of 2016) are provided for 23 indigenous breeding seabird species in the NWHI, broken down for each of the 9 NWHI groups, and 20 seabird species in the SEHI by each of 10 island groups (including Lehua Islet and Kaula Rock as separate groups), and also broken down for 10 islets surrounding Oahu. Updated population trends based on Christmas Bird Count data, from five count circles through 2014, include 119 graphs for 76 species or subspecies; regression analyses and statistics are given for species-island combinations that show significant trends. Synonymies (lists of different scientific names used historically) are provided for 63 endemic Hawaiian species and 11 separate subspecies.

In sum, this site provides everything you need to know about the status and distribution of all birds in Hawaii.

Birds of the Hawaiian IslandsOccurrence, History, Distribution, and Status