The Euphonia was a small journal devoted to the field ornithology of Mexico modeled on early volumes of Western Birds as well as on the defunct Continental Birdlife. The impetus was to create a journal that covered the whole of that country’s vast and unique avifauna—it is little appreciated that in the Americas, Mexico trails only Brazil and Peru in number of endemic bird species—as a specific outlet for new discoveries about status, distribution, taxonomy, ethology, and field identification.

The journal was published on a shoestring budget, with typesetting, layout and printing handled largely by Kurt Radamaker, the principal force behind the journal’s inception. Kurt was aided admirably by Luis Santaella (as a consultant on the Spanish language), Kurt F. Campbell and Gustavo Daneman (as associate editors late in the journal’s abbreviated run), and Steve N. G. Howell (as an expert on all things having to do with Mexican field ornithology).

But, alas, just as the journal had begun to gain traction, funds (and free time) evaporated. The little journal did not make it to the end of its third year of life. Since, the online journal Huitzil more-or-less has filled the niche The Euphonia hoped to fill. 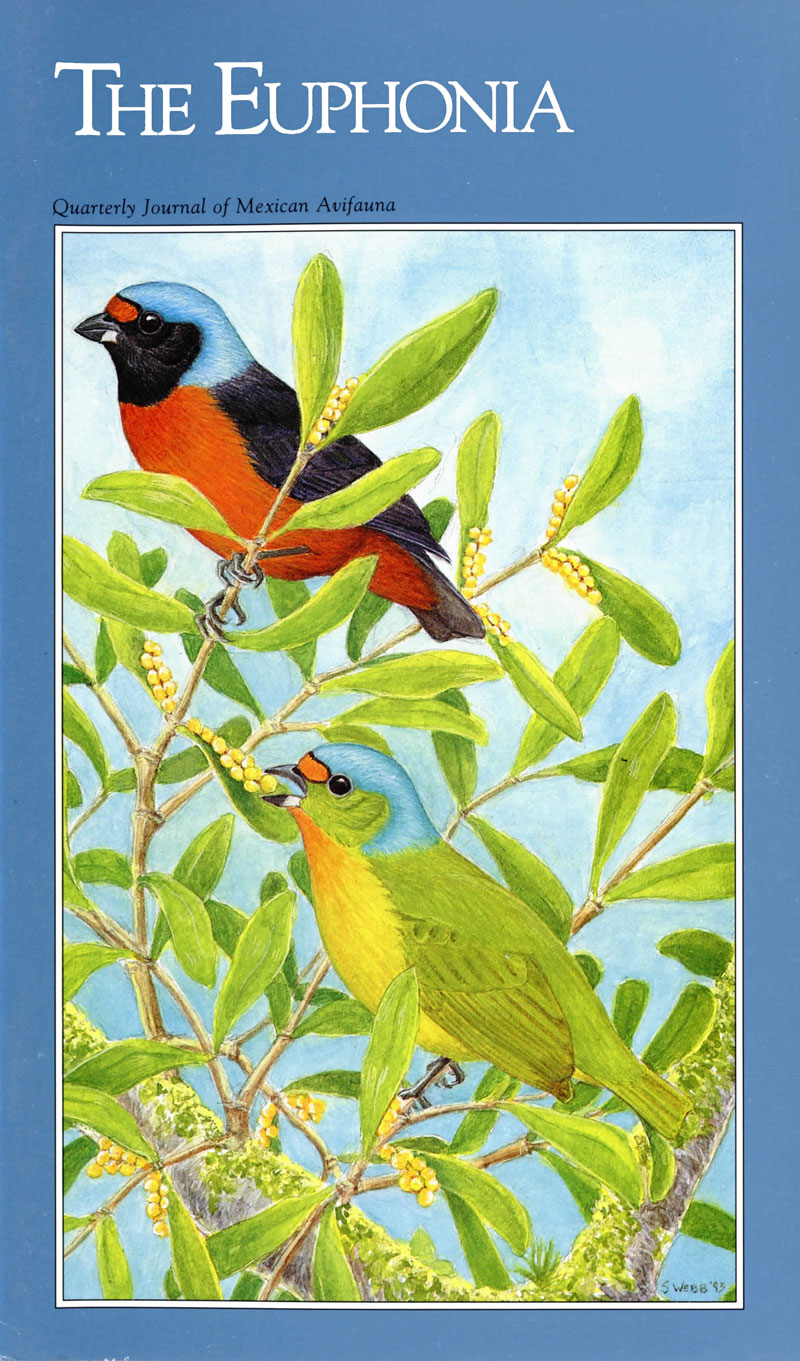