WFO Annual Conference Is Back! 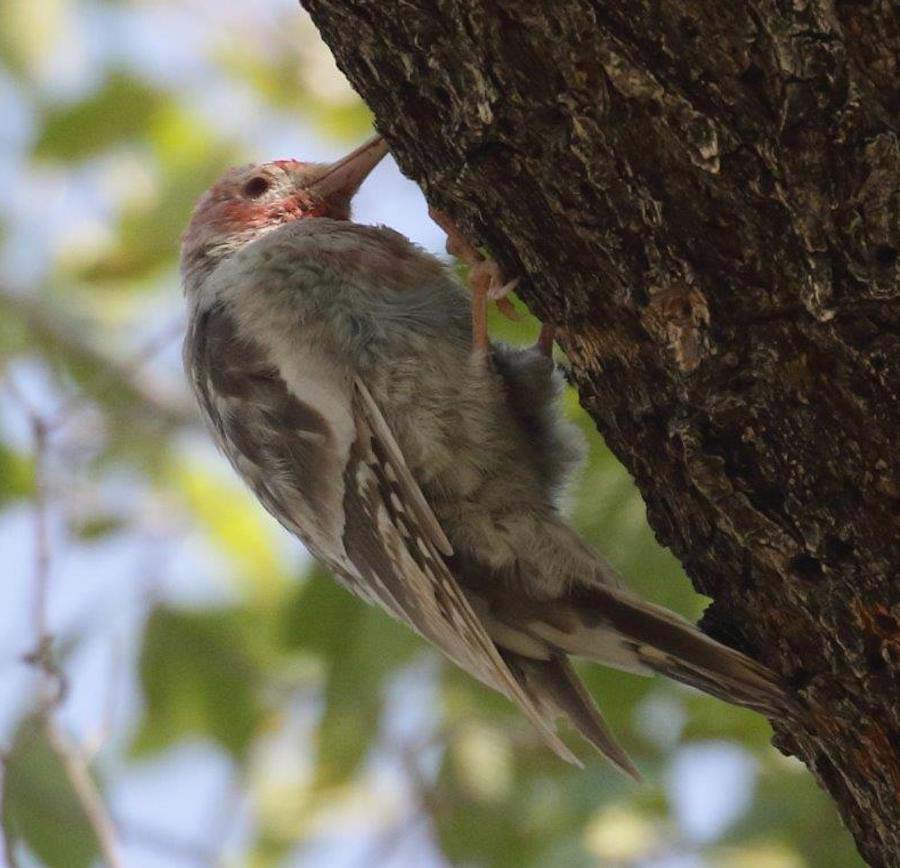 We welcomed six scholarship students: Nicholas Earnhart, Ellen Liu, Yating (Bella) Liu, Santiago Lupi, Asher Perla, and Lara Tseng. Among their activities at the conference was a reception for this year’s scholars and alumni from previous years. The Great Basin Bird Observatory hosted a special field trip at its banding station at McCarran Ranch. WFO thanks the many donors who have continued to support our student programs, including the conference scholarship program and the research grant program. This year we are grateful to Sierra Foothills Audubon Society for supporting a conference scholarship and a graduate student research grant recipient. See Maci MacPherson’s story on the students’ activities at the conference. 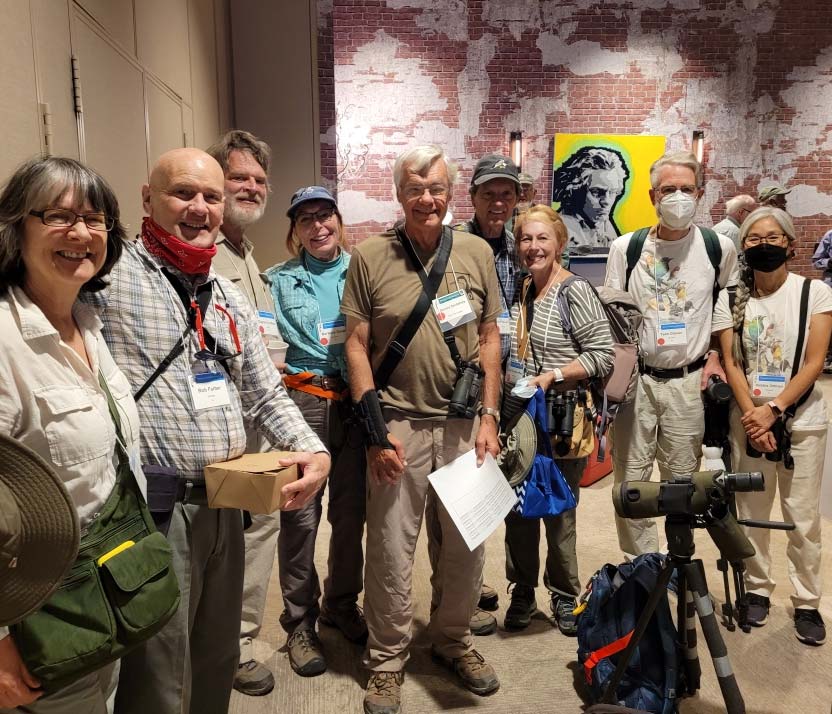 The Reno conference featured 49 field trips to 26 different locations. Temperatures were high, as a dome of high pressure remained over much of the western US during the conference. We were fortunate that smoke from the nearby Mosquito Fire affected fewer field trips than it might have, had wind conditions been different. We appreciated the flexibility of field trip leaders and participants in dealing with smoky conditions and in some cases modifying itineraries.

Because WFO changes its conference location annually, it is a big job to recruit field trip leaders and determine field trip locations. Local knowledge is paramount, and at this conference we were fortunate to have the assistance of leaders from the Great Basin Bird Observatory and the Lahontan Audubon Society. Special thanks are due to GBBO’s Elisabeth Ammon and Lahontan’s Diane Wong-Kone for their help in setting up trips and recruiting leaders. Jon Dunn led a three-day preconference field trip to Lassen County. A highlight was a late Semipalmated Sandpiper at Eagle Lake. At least 172 species were observed during field trips. Rarities included Laughing Gull, Gray Catbird, and Northern Waterthrush. A good variety of shorebirds was observed: Snowy and Semipalmated Plovers, Marbled Godwit, Baird’s and Pectoral Sandpipers, and Wilson’s and Red-necked Phalaropes. 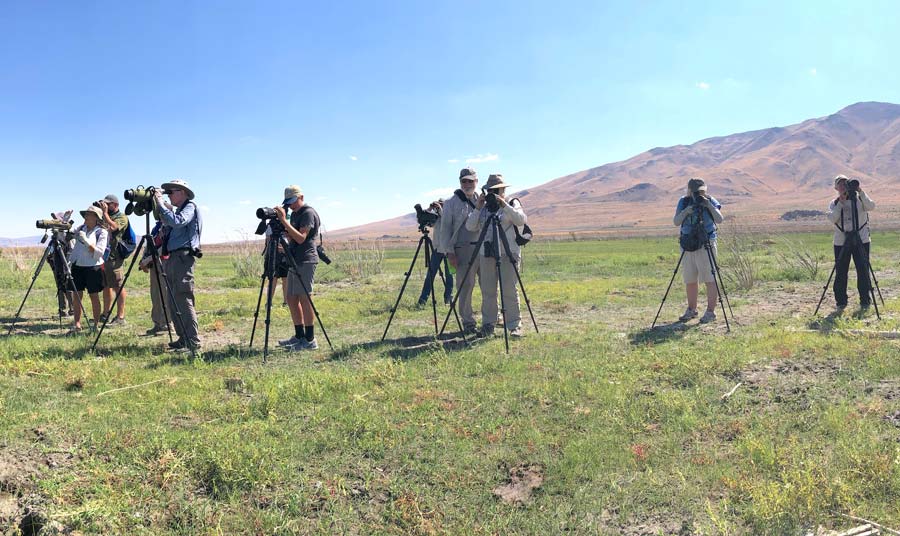 A Full Slate of Workshops

Workshops at our conferences provide opportunities to study topics in depth, learn new technologies, and explore aspects of bird biology and birding that lend themselves to a classroom environment. This year we offered five workshops. Mario Cordoba gave a workshop on birding in Costa Rica, emphasizing the diversity and ecology of areas of endemism. Blythe and Fianna Wilde spoke about using art to mitigate light impacts on migrating birds. Jon Dunn and Lara Tseng discussed status, distribution, and identification of shorebirds, focusing on the Calidris species, followed by a field trip on Saturday. Nathan Pieplow focused on ear-birding with your phone, with a Sunday morning field trip. Tom Blackman shared techniques for improving nature photography.

Elisabeth Ammon, Great Basin Bird Observatory executive director, led off the afternoon Science Sessions with her plenary address, “Current Bird Conservation Studies in Nevada and the Role of Community Science,” using GBBO’s work on Pinyon Jays as an example. Fourteen presentations on current research in the WFO area were given over the two afternoon sessions. We also heard reports from the California and Nevada bird records committees. Kimball Garrett ably organized and moderated the sessions.

ID panels followed the Science Sessions. Ed Harper challenged his photo ID panel with his photographs of birds from the WFO region. Ed presents photographs with a wide range of difficulty, giving the audience a chance to hone their knowledge of bird identification while at times befuddling both the audience and the ID panel. Jon Dunn, Kimball Garrett, Lauren Harter, and Asher Perla were on this year’s panel. Nathan Pieplow presented his sound identification team challenge. This year he added the possibility of using Merlin sound ID as part of the competition.

Part of our annual banquet was a brief business meeting at which the members approved new Board members Elisabeth Ammon, Teresa Connell, Dan King, and Daniel Ruthrauff. We thanked outgoing Board members Kimball Garrett, Dan Gibson, Karen Havlena, and Diane Rose. Two awards were presented at the banquet. The Swarth award, presented to Robert E. Gill, honors a body of work that significantly advances field ornithology in the West. The Craig award, presented to Kenneth P. Able, is given for exceptional service, leadership, and dedication to WFO over a sustained period of time. Read more about Robert Gill and Ken Able and their contributions. 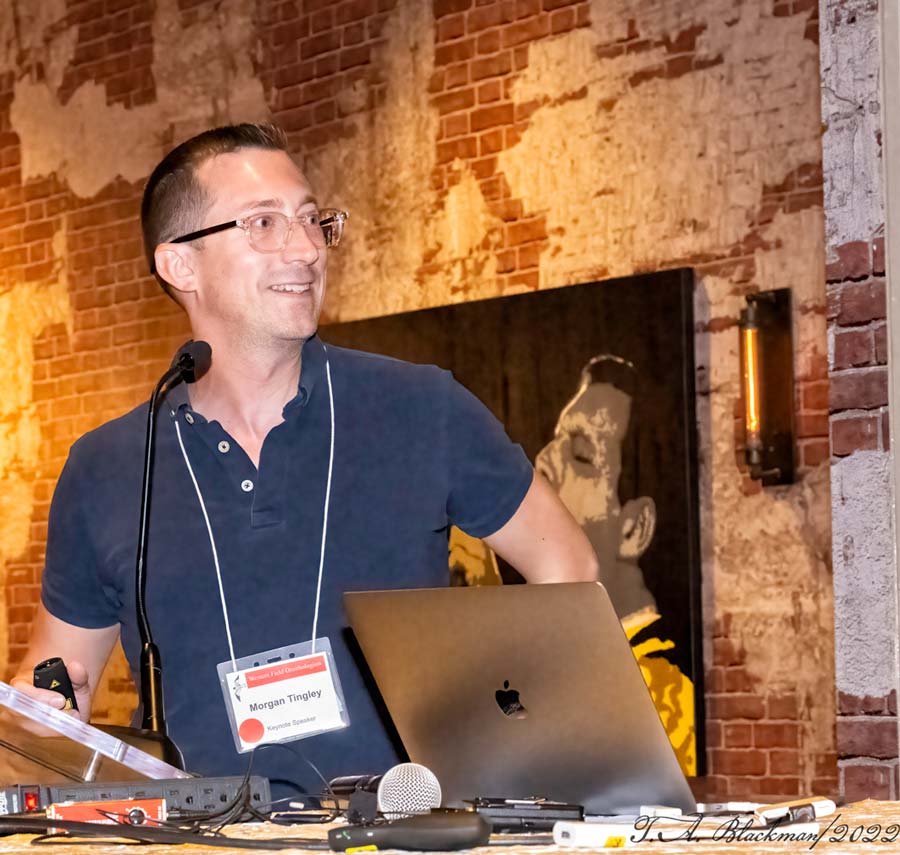 The banquet concluded with keynote speaker Morgan Tingley, professor of ecology and evolutionary biology at the University of California, Los Angeles. His talk, “Avian Responses to Climate Change in a Rapidly Warming World,” provided a synthesis of the current state of knowledge on the complex ways that birds are adapting to climate change. Range and elevation shifts, timing of migration, evolution, and complex interactions are among these responses and are all significant ways in which birds are adapting to rapid change.

Many conference attendees noted that the banquet meal lacked a dessert! Conference chair and incoming president John Harris accepts responsibility for this debacle, and will appoint a Dessert Coordinator for next year’s conference in Colorado.

Look for an announcement in the spring newsletter requesting volunteers for this critical position on the conference committee.